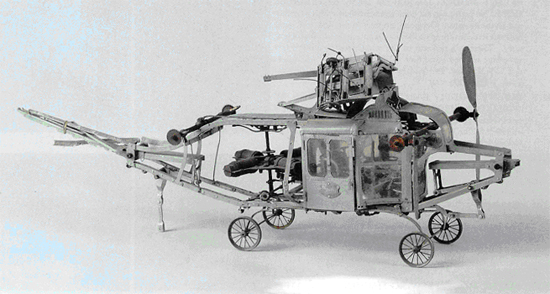 This extraordinarily rare patent model, numbered 56,057, is believed to be an original Swiss patent model for a Helicopter. At the time of its manufacture, it was not referred to as a “Helicopter,” in fact, the extraordinary thing About this piece is that it predates the Igor Sikorsky helicopter patented in 1931, and not successfully produced until 1939. This  model was submitted in 1911! This fantastic model is set with a small nameplate on each door, which reads, – “Aeroplane Bouillot Brevete,” with a small cross. The mechanism appears to be made of aluminum with Eisen-type windows. It is painted light green all over. According to accompanying copies of the machine’s original diagrams and copies of the actual patent papers (in French), the helicopter apparently had other pieces including tail fins, etc. A truly remarkable find; it is difficult to believe that only a few years after the Wright Brothers successfully managed manned flight, someone began thinking about this advancement of the technology. SIZE: Approx. 26″ 1. x 10″ h. x 10 1/2″ w. CONDITION. Of the two aluminum propellers on the front, one has a piece missing and it is apparent that there were other components, likely thin paper covering for the wire framework. A truly unique and historically important item. 1-1860

It is believed that this item was listed in an auction catalog for Hanover Computer.com, November 2003, but did not sell. A note from the catalog follows:

This offering of U.S. Patent Office models comes from the cherished collection of Mark Aziz of Edison, New Jersey. He and his wife Rose amassed this marvelous grouping over a 34-year period. Mr. Aziz first purchased a small group from a man in 1969, who had obtained them from a patent attorney who was working in Washington, DC. Afterward, the major portion of the collection came from O. Rundle Gilbert, a well-known auctioneer, who had purchased the entire supply released by the Patent office.

This model appears to have been sold or listed by Christie’s International also, although no information is available other than the correspondence included with this model. 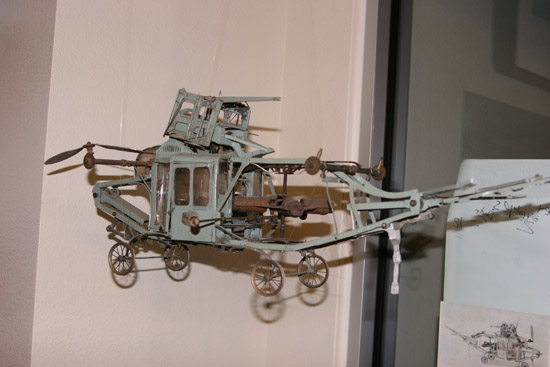 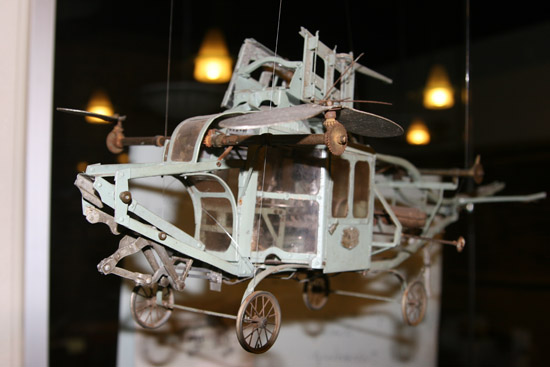 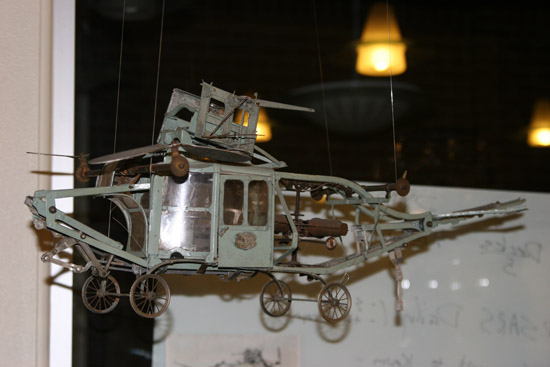